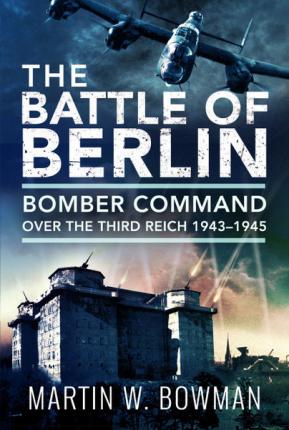 The Battle of Berlin, the bombing of the ‘Big City’ as it was known to the crews of RAF Bomber Command, raged from 18 November 1943 to the end of the war in Europe in 1945. It is recalled here both by those in the air over capital of the Third Reich, as well as those who suffered under the bombing onslaught.

At the start of the Battle of Berlin, Sir Arthur Harris had predicted that the ‘Big City’ would ‘cost between 400-500 aircraft’, but that it would also ‘cost Germany the war’. He was proved wrong on both counts. Berlin was not ‘wrecked from end to end’, as Harris predicted on 3 November 1943 – ‘if the USAAF will come in on it’ – although a considerable part of it was destroyed. And the ‘Main Battle of Berlin’ did not cost Germany the war; a grinding land campaign had yet to be fought. More than 9,000 bombing sorties were flown during the battle on round trips of about 1,200 miles to Berlin and back.

Berlin was bombed by four Allied air forces between 1940 and 1945. British bombers alone dropped 45,517 tons of bombs, whilst the Americans a further 23,000 tons. By 1944, some 1.2 million people, 790,000 of them women and children, about a quarter of Berlin’s population, had been evacuated to rural areas. An effort was made to evacuate all children from Berlin, but this was defeated by parents and many evacuees who soon made their way back to the city. However, by May 1945, 1.7 million people – 40% of the population – had fled the city.

This fitting tribute to those who died in the relentless struggle to knock Berlin, and hopefully Germany, out of the war resonates with eye-witness accounts and background information which the author has painstakingly investigated and researched. The result is a hugely fascinating and highly readable narrative containing very real and unique observations by British and Commonwealth aircrew and, equally importantly, the long-suffering citizens of Berlin, and well as the capital’s defenders.

Up to the end of March 1945, there had been a total of 314 air raids on Berlin, eighty-five of these in the last twelve months. Estimates of the total number of dead in Berlin from air raids range from 20,000 to 50,000; the relatively low casualty figure in Berlin is partly the result of the city’s formidable air defences and shelters.

The Battle of Berlin was not a defeat in absolute terms, but in the operational sense it was an offensive that Air Marshal Sir Arthur Harris and his aircrews could not win. ‘Berlin won’ concluded Sir Ralph Cochrane, the Air Officer Commanding 5 Group RAF Bomber Command. ‘It was just too tough a nut.’