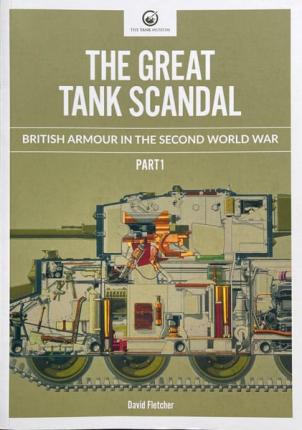 British ingenuity lay behind the invention of the tank and its initial use in action in the First World War, but this impressive lead was then lost in a mere 20 years. With the outbreak of the Second World War, German tanks quickly earned themselves an awesome reputation. By and large, this infamy was well deserved, but it gained even more credibility from the fact that many Allied tanks, especially those built in Britain, were markedly inferior – to the point of some designs being declared un-battleworthy.

So, what had gone wrong? The reasons for this can be found in the story of British tank development between the wars. Taking 1939 as his starting point, David Fletcher examines the evolution of British and Commonwealth armoured fighting vehicles, building a convincing picture of the factors that led to the ‘great tank scandal!

Supported by more than 100 original photographs and technical illustrations, the author draws on archive sources that include reports, minutes and correspondence between politicians, tank builders and the army to illustrate a tale of indecision in high places, stubborn industrialists and years of military vacillation. The Great Tank Scandal ends with the tragedy on the beaches of Dieppe in August 1942, but with a kernel of hope that is developed in David Fletcher’s sequel, The Universal Tank, in which he covers the last three years of the war.