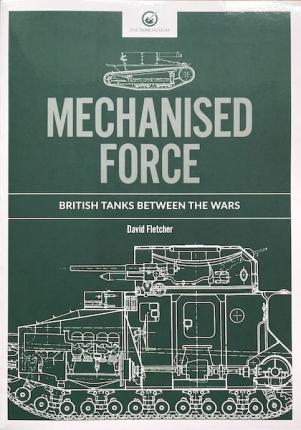 When the first lumbering landships emerged onto the Somme battlefield in 1916, few could have foreseen the technical advances that would be made before the First World War came to an end. But this was only the start of their story; a story that led to their dominance as a land weapon in the Second World War.

Covering the period between the Armistice and the eve of the Second World War, Mechanised Force chronicles the development of a wide range of combat vehicles, including many ingenious but bizarre prototypes. First published in 1991, this important history has been out of print for many years. It is republished here by The Tank Museum in this fully redesigned edition for a new audience of amour historians and enthusiasts.

Illustrated with a fascinating selection of more than 180 photographs and profile drawings, Mechanised Force is the missing link in the story of mechanised amour in Britain between the wars.