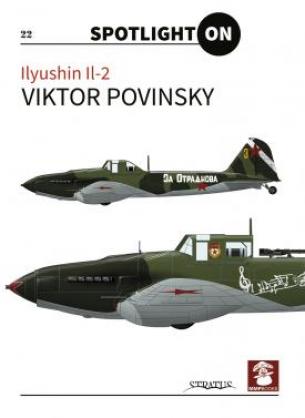 This book is the latest in a reference series for aircraft modellers called "Spotlight On" and presents detailed illustrations of the famous Russian World War II attack aircraft. Nicknamed Shturmovik or Ilyusha, the Ilyushin Il-2 was a ground-attack aircraft produced by the Soviet Union in large numbers during the Second World War and played a crucial role on the Eastern Front. The book contains 40 colour profile views of the colours, camouflage and markings of different units.