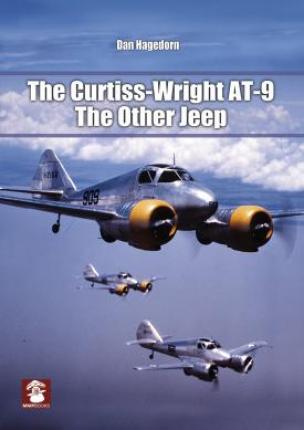 The Curtiss-Wright AT-9 : The Other Jeep

The Curtiss-Wright AT-9 was a twin-engined advanced trainer aircraft used by the United States during World War II to bridge the gap between single-engined trainers and twin-engined combat aircraft. It became known as the ""Jeep"" in the United States Army Air Force (USAAF). This book by the senior curator with the Museum of Flight at Boeing Field in Seattle examines the genesis of the AT-9 design, its competitors and, eventually, comrades-in-arms, with whom AT-9s were always the best and the brightest, and a detailed look at the fielding of the aircraft to the 24 initial stations as well as an astonishing number of unusual and special assignments - including assignment to line, tactical units. After producing 791 aircraft between September 1941 and January 31, 1943, and assigning every single one of them, and having served actively and continuously through to VJ-Day, only one complete AT-9 survives today, and this solitary example is actually a composite of several aircraft.