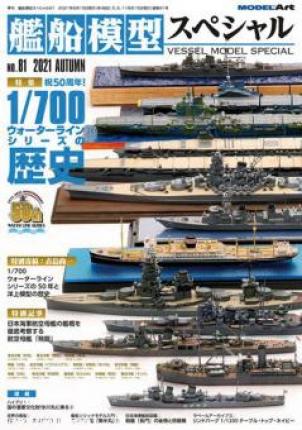 The focus of this edition of the "Vessel Model Special" series is the 50-year history of waterline models on a scale of 1: 700. Three Japanese model construction companies, well known to this day, pioneered this type of model: Aoshima, Tamiya and Hasegawa. The work tells the history of the 1: 700 waterline models and presents a number of interesting models from the 1970s to the present day.