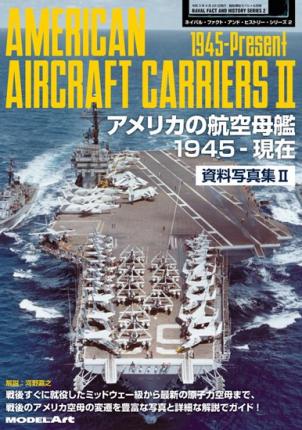 After winning the war against Japan, we entered the rapidly developing era of jets and nuclear weapons.
The US Navy's aircraft carriers have undergone major changes, becoming bigger and more complex.
In this book, of course, we will present from the completed Midway class immediately after the war to the last nuclear powered aircraft carrier.
We've also dedicated a large page to the Essex Class, which has been repeatedly modernized and refurbished and survived the Korean War and Vietnam War.
New post-war equipment such as inclined bridges and jet deflectors,
Airplanes from the F8F Bearcat to the F-35C Lightning II, and even the Apollo program, etc.
We will also explain in detail the role of aircraft carriers in American space development.