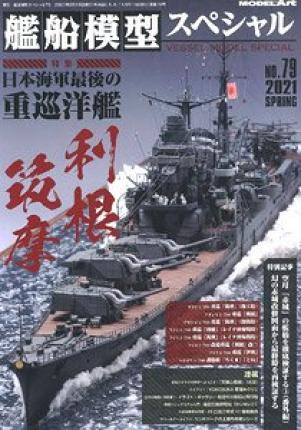 A Japanese Navy heavy cruiser with an ideal ship shape that has four turrets concentrated in the front of the hull and can carry up to six seaplanes in the rear, achieving both gun fighting ability and enemy search ability. Tone type (Tone / Chikuma).
As a `fleet eye`, he played an active part in the Battle of Midway, the Battle of the Philippine Sea, and the Battle of Leyte Gulf.

In addition, we will introduce the Maritime Self-Defense Force [Tone Chikuma] that inherited the name of [Tone Chikuma], the unfinished heavy cruiser [Ibuki] (competition camouflage), and the fictitious air cruiser [Tone Kaiji]. ..