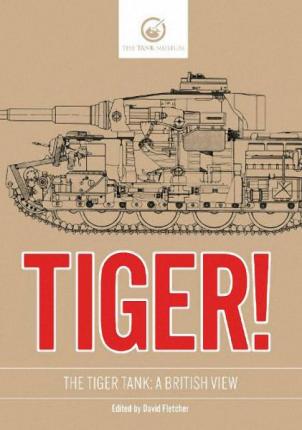 Of all the tanks that fought during World War 2, the best remembered is the German Tiger. The pride of the Panzer forces, the scourge of the Allies, it was already a legend before the British Army met it in action, and that reputation has survived until the present day. Naturally, it fascinated British Military Intelligence who were anxious to learn all they could about it and to capture one if possible.

This book explains how that was done. Based almost entirely on original intelligence reports held in the Tank Museum Library at Bovington Camp, it examines the Tiger in detail from the Allied viewpoint. The reports cover everything from the initial rumours to the ultimate capture and evaluation of a working Tiger tank. Supported by copies of many original drawings and dozens of hitherto unpublished photographs it shows this famous fighting machine from an entirely new angle through the words of soldiers and spies, engineers and prisoners of war.

First published in 1986, and out of print for many years, David Fletcher’s book has been given a 21st Century makeover. Originally published by HMSO, The Tank Museum has republished and printed this new edition. This new, second paperback edition benefits from rescanned images and documents of the original wartime evaluation reports.