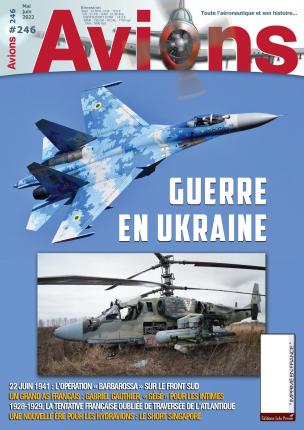 He went away...
As you know, Frédéric Stahl, editor-in-chief of our sister magazine Navires & Histoire, had been dealing with health concerns since the end of December 2021 and had not yet been able to return to work since. We did not particularly expand on the content of his problems which were of a cardiac nature, aggravated by Covid-19 and an infection contracted in the hospital. Frédéric had undergone two very heavy operations and had to recover a little from the hair of the beast before leaving for rehabilitation. This is how he returned home on Thursday March 17 to regain some strength.
This moment, he had been waiting for it for three months more than anything. So was his heart so full of happiness to find Évelyne and Marie, that he couldn't resist and suddenly stopped beating on Friday afternoon? That's what we want to believe.
Frédéric went home, happy, surrounded by the people who were dearest to him, after three months of a fierce fight for life. Unfortunately, we were not able to do much to help him other than to support him in thought, to be at the side of his wife and his daughter who accompanied him during these three months and to do everything possible to continue the publication of his "baby", Ships & History while awaiting his return.
Frédéric, we say thank you for having been part of our lives and for having shared with us as well as with your many readers, your knowledge, your expertise and your sharp look at our world.
We also thank you, dear friends, for all the messages of support and speedy recovery that you have so kindly sent us over these three months.
Number 130 of Ships & History has just been published on March 24. Frédéric will not have had time to see him.
“Hello sailor, fair winds, fair seas! »
The entire LELA PRESSE team

Ships & History will continue to appear. Number 131 is scheduled for May 24, then every two months...


Contents of this No. 246:
- Letter from readers
- News: the war in Ukraine. Full story, by Christophe Cony.
- June 22, 1941: Operation "Barbarossa" on the southern front. First part, by Mikhaïl Timine.
- A great French ace of the Second World War: Gabriel Gauthier, "Gégé" for close friends. Second and last part, by Jean-Jacques Leclercq.
- 1928-1929, the forgotten French attempt to cross the Atlantic. Full story, by Cynrik de Decker with the participation of Christophe Cony.
- A new era for seaplanes: The Short Singapore. Sixth part, by Geoffrey Bussy.


In front page :
A Ukrainian Sukhoi Su-27P1M fighter and a Russian Kamov Ka-52 attack helicopter. The latter was captured northwest of kyiv on February 24, 2022.
(Wikimedia commons/DR).