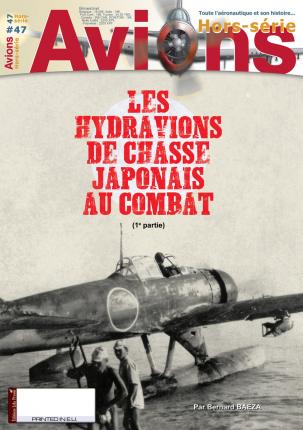 Japan, a maritime nation par excellence, was the only nation to use combat float planes. Bernard Baeza therefore proposes to us to discover the history of the units of the Imperial Navy having implemented these singular apparatuses. Their use was generally a failure and from 1943, the Imperial Navy itself no longer believed in its seaplane hunting. Nevertheless, a few units implemented them until the end of the conflict, sending them to fight against the formidable four-engine Boeing B-29 or other Hellcat and Corsair fighters!
The text, made from Japanese and Allied archives, is completed by a rare iconography and superb color profiles of Thierry Dekker!