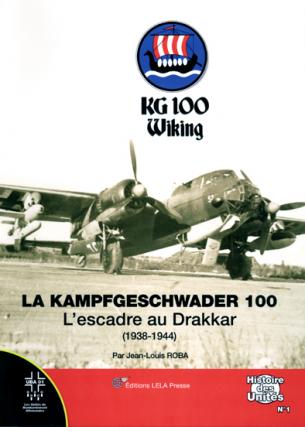 The KG 100 remains a unit still mysterious although having experienced some "celebrity" in 1943 when sending by the bottom of the Italian battleship "Roma" by means of Hs 293, the famous "glider bombs." But the rest of his career is largely unrecognized. Having seen the day before the war as a precision guide unit, the KG 100 was going to evolve toward more common tasks, first on He 111 then Do 217 and finally on He 177. She was hired in Scandinavia, on Britain, the USSR and the Mediterranean. Often based in France, the unit was finally take part in the fighting in Normandy in June 1944 before its dissolution.

A very complete book, richly illustrated with documents for most previously unreleased enriched with numerous annexes (such as the list losses during the war).