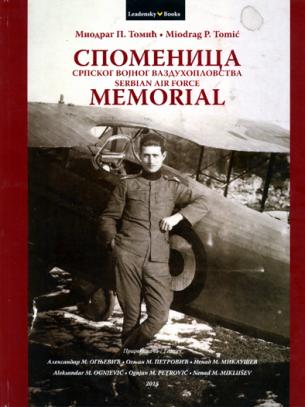 This book is dedicated to the famous Serbian military pilot Miodrag Tomic who started his aviator career in 1912. He took part in the Balkan war, the Great war and received several commands of fighter units during the inter war period. He was a colonel and King Peter II's adjudant when the war broke out in the Balkans in 1941. Emprisonned by the communists after the war, he refused to stay in Yugoslavia and went to the USA where he died in 1952. A great book, profusely illustrated with never before published photos. Very nice !