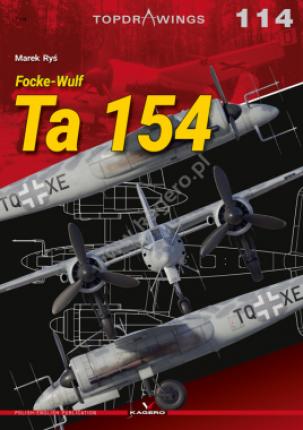 The Ta 154, produced by Kurt Tank, flew in July 1943 and was an excellent example of a combat machine capable of bringing down heavy bombers, but, after having manufactured a few examples, Germany abandoned the project because of serious problems of construction, caused by the lack of suitable adhesives. Its production, entrusted to a factory in Poland, was therefore finally canceled. The prototype of the Ta 254 (improved version) breaks in flight, the culprit being the new too acidic glue which destroys the wood. The factories which made the old adhesives (Tego-Film) had been destroyed by an Allied bombardment. A substitute glue was therefore used1.

However, 15 Ta 154s will have been built, but they did not become operational, not even the explosive-laden versions intended to destroy bomber formations.