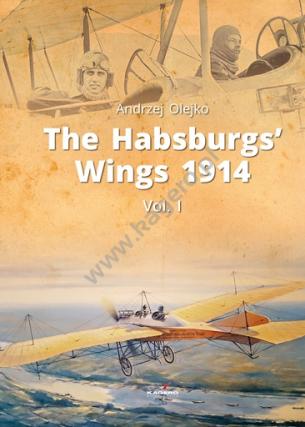 When we think of the Air War of WWI we initially think of The Squadrons of The Royal Flying Corps in battles with the Jastas of Imperial German Flying Corps over the trenches of the Western Front; of the Air Craft of The Royal Naval Air Service operating against the Marineflieger. WWI through was just as the name suggest a World War and the Air War was carried on in many different places.  One such forgotten front in aviation terms was the Eastern front, and in particular the Balkans. This book aims to re-address this by looking at Austro-Hungarian Aviation in the Great War. Volume 1 will look at the first Campaigns of WWI.

This publication brings the untold story of early Austro-Hungarian Air operations to light, something which many of us probably have never even heard of. The text is well written and there are plenty of photographs in the book many of which have probably never been seen before. Highly recommended to the WWI fan, and fans of the early days of aviation alike.