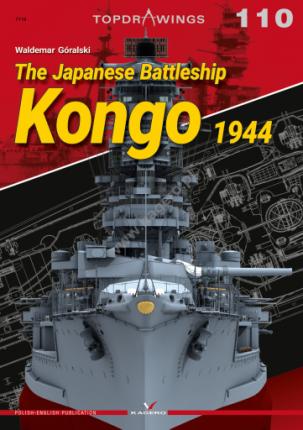 The IJN battlecruiser Kongo was laid down on January 17, 1911 at Vickers, Sons & Co. at Barrow-in-Furness. The ship’s hull was launched on May 18, 1912 and on August 16, 1913 the vessel entered service with the Imperial Japanese Navy.
In the years after she had been launched the Kongo had undergone two major reconstructions, each having a deep impact on the ship’s characteristics and her overall arrangement.

Very precise plans as well as color profiles of the combat battleship IJN Kongo. With an A2 leaflet of detail plans at 1/350.