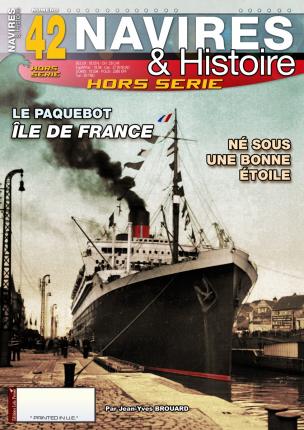 The Ile de France of the Compagnie Générale Transatlantique is undoubtedly, after the famous Normandie, one of the most beautiful and prestigious liners on the North Atlantic. A lucky ship, his career spanned three decades without major incident, as he survived World War II on the major oceans: Indian, Pacific and Atlantic. He was even nicknamed "The Saint Bernard of the Seas" for the numerous and spectacular rescues he carried out in the 1950s. Among the liners of the big Western companies, he is one of those which carried the most passengers and traveled the most miles. He is the only one to have received a triumphant welcome in New York three times. This special issue tells, through text and images, its fabulous but true story.

With 96 pages, 250 photos and illustrations.