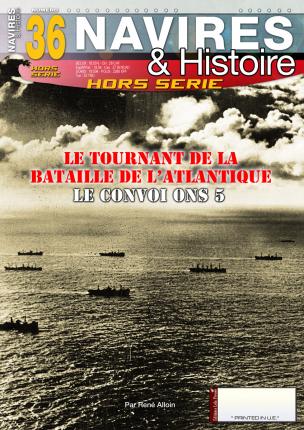 Until April 1943, the U-Boote inflicted considerable losses on Allied convoys despite the increase in escorts and the development of new weapons. The ONS 5 convoy will undergo, during the first part of its voyage, a violent attack unchecked by dozens of submarines formed in packs but, after having been game, the allied defenses will show the efficiency of their new technologies. and become fearsome hunters who will destroy many assailants. It is the great turning point of the Battle of the Atlantic that this special issue tells.