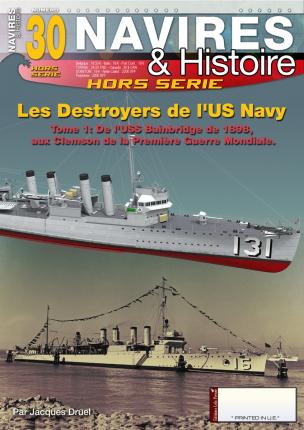 When the United States Congress authorized the construction of the first sixteen torpedo boat destroyers in 1898, no one could believe that about 20 years later, nearly three hundred and fifty ships would have left the US shipyards and some would fight Still during the next conflict!

This first issue, in a series of four, traces the history of the destroyers of the US Navy, the Bainbridge from the beginning of the Twentieth Century to the Clemson of the First World War, which will still find in action twenty- Years later. Nearly 160 photos and thirty high-quality 3D views accompany the text.