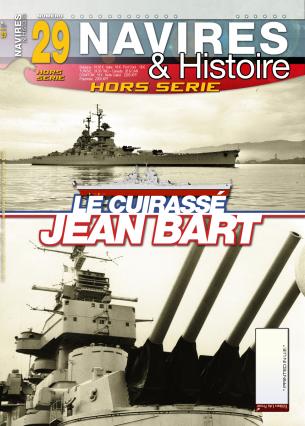 The forgotten battleship of the French Navy deserves our attention, because it represents the ultimate culmination of this type of building.

Escaped from Saint Nazaire with the nose and the beard of the German forces in June 1940, it will take refuge in Casablanca where it will be put under evil by the American naval aviation during Operation '' Torch ''.
It will rise from its ashes after the conflict by participating in several missions of official representations and the operation '' Musketeer '' during the Suez affair.
At the same time, it will serve as an experimental building for new equipment to equip the buildings of the new generation of the French Navy.
It will unfortunately be scrapped in the early 70s, leaving nevertheless a strong memory in the minds of French sailors.
With 203 photos, 8 maps, 15 shots and 4 color profiles.