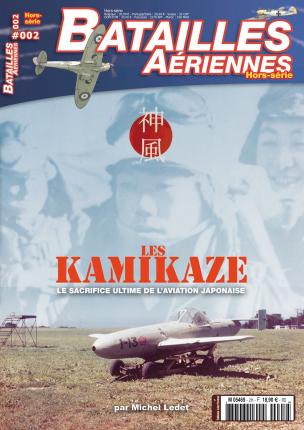 The Kamikaze: The ultimate sacrifice of Japanese aviation.

From October 1944 till August 1945, Japan played his last card in the Pacific War and used the famous Kamikaze suicide squads againt the US forces. Every flyable aircraft was put in the hands of young and largely inexperimented pilots whose mission was to sink as many US Navy ships as possible in crashing on them. To the US sailors, this was a tremendous and horrible time in this already deadly war. Though many ships were sunk or damaged, taking thousands of lives with them, Kamikazes’ sacrifice was in vain : Japan lost the war !

A detailed account of the aerial operations is given in this Special issue, illustrated by more than 250 photos and Thierry Dekker’s colour profiles !

Completely reworked from the AIR BATTLES No. 19, this Special Issue No. 02 is richly illustrated. Twice the text and pictures, you will be pleasantly surprised by the profusion of details.