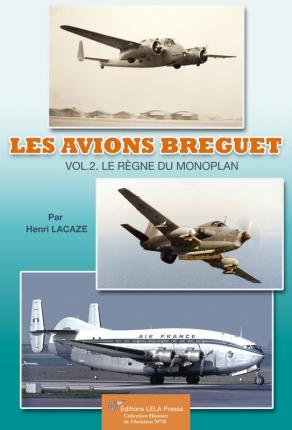 With chief engineer Vullierme having been replaced by Georges Ricard (and assigned a new post in the helicopter subsidiary), Louis Breguet began to heed the call of modernity. After 1933 he designed and created monoplane bomber, transport and liaison types while at the same time proceeding with a large biplane seaplane type, the 521 Bizerte. With their urgent requirement for air-sea rescue seaplanes along the French Atlantic and Channel coastlines the Bizerte seaplanes were hurriedly taken over by the Germans in 1940. With the Allied landings in Provence during August 1944, Bizerte Staffeln were ordered back to Germany but at least one (N° 4) remained in France to be incorporated back into the French naval air arm with 30S post-war. Although the Breguet factories had been nationalised, Breguet’s study and design office relocated to those locations acquired from Latécoère, re-established after the bombardments of the war. It was a design office of great quality and versatility, which extended to the glider, the helicopter, and commercial transport fields. For example the Breguet 761/763/765 were large twin deck transport aircraft dubbed “ Deux-Ponts” (Double-Decker) which flew on the prestigious Paris-London route for a number of years in the colours of Air France. One of the company’s best-known creations was for the Navy - the carrier-borne anti-submarine Alizé monoplane powered by a Rolls Royce Dart turboprop. The prototype Alizé first flew on 6 October 1956. It was exhibited at the Paris Air Show at Paris Le Bourget Airport in May 1957. A total of 75 production aircraft were acquired by the Aéronavale, with initial service delivery in March 1959. The Alizé went into operation on the carriers Arromanches, Clémenceau and Foch, and were also used in shore-based training. The Alizé was also operated by the Indian Navy both from shore bases and from the light carrier Vikrant. In French service it was only retired with the carrier Foch – in the year 2000.
Breguet worked in other areas to be discovered in this volume, exploring for example advanced concepts such as the blown wing. Although weakened financially, the company displayed high technical (Jaguar, Atlantic and Alphajet) and diplomatic competency (in cooperative program management). Still lacking funds, Breguet was taken over by Dassault from 1971 and into which organisation it was gradually subsumed.  While the central part of this work is based on Cuny and Leyvastre’s long out of print study, this new volume completes the story of this pillar of French aeronautical achievement and heritage.
Features 830 photos and plans over 336 pages
(Translated by Neil Page)