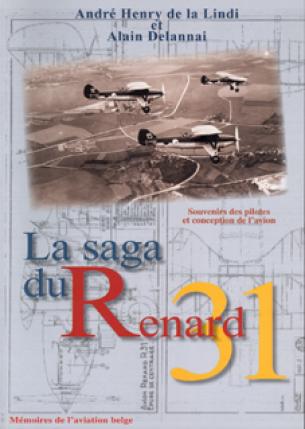 Here's a rare book, published at the author's by the Belgian association, the National Fund Alfred Renard, who has worked since 1991 to publicize the records filed by engineer Alfred Renard (1895-1988). The RENARD 31 was the only aircraft of belgian design and construction of the Second World War. Tandem observation, it was built only at 35 copies. This monograph has an interest that goes beyond the modesty of this series. It shows the machine in detail and also includes an account of its operations within the two squadrons that were equipped to Bierset. Exceptional testimony to the battles of the Belgian Air Force in May 1940. Lively atmosphere and good work.