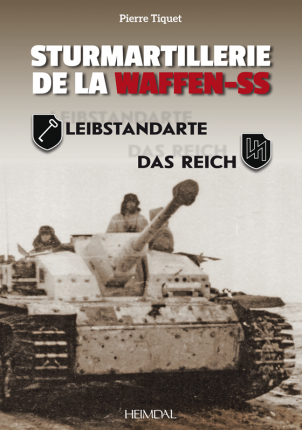 The assault guns were the first armored vehicles to break up the Waffen-SS divisions early in their military history. This first volume presents, for the Leibstandarte SS Adolf Hitler, the Abteilung "Schönberger", online since 1941, which will become SS-Stug_ Abteilung "LSSAH", within which will begin to shine a young master of gear named Michael Wittmann. We then follow unity in all his fights.

Also in 1941, the SS-Stug-Battery "Reich", engaged since the Barbarossa operation, will be the embryo of the group of the assault cannon of the 2-SS-Panzer-Division "Das Reich", which we also see in operation.
We follow the development and engagement of the assault artillery groups of the first two divisions of the Waffen-SS, with their histories, testimonials and many, many unpublished photos, including some great pictures of the craft as always in the work of Pierre Tiquet.