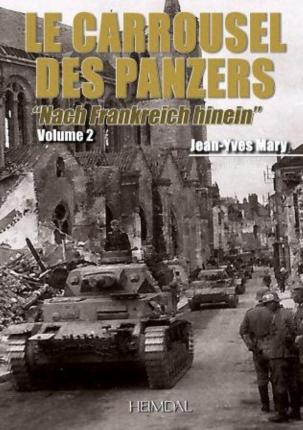 June 12 evening, Weygand ordered all troops who are still fighting to make a sudden drop across the forehead and falling back as far as possible to the south to avoid what remains of the French army to suffer total annihilation. The Germans did not take long to understand that the French steal and they immediately launch all units in the footsteps of retreating troops to thwart the project to save what can still be put. This results in a chase in which one side, men will sacrifice themselves for a cause already lost while on the other, men will fall for a cause already won. Contrary to what one might think, the battles of the second half of June will be as hard as those of previous weeks and bloody clashes taking place from both sides, both for the conquest of Cherbourg in Champagne in Burgundy or in the Alps or along the Swiss border that units of the Gruppe Guderian will lock, locking in a gigantic trap all the armies of the East.
It is the story of these battles often ignored or even unknown that this book retraces more than four hundred pages and over a thousand pictures, mostly unpublished. History has, it seems, wanted to remember these last days of the campaign that the defense of Saumur or fighting Voreppe but do very little for men who fell on the channel Marne, on the Saulx to Montplonne, Saulieu, Saint-Seine-l'Abbaye, in Maîche, Saint-Hippolyte, on the necks of the Vosges or in the Moselle valley, to mention only a few places where the French soldier has honored the way to the flag.
Paperback, 432 pages, more than a thousand pictures vintage and current photos in color.