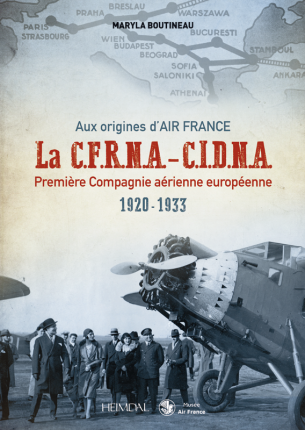 Europe, fragmented by the fall of century-old empires at the end of the Great War, had to reinvent itself. France had the means to build its future on its ancestral achievements, while, for some new European states, almost everything remained to be done. Visionary politicians wanted to create contacts between these two worlds, but the multiplicity of borders and the slowness of transport prevented any effective collaboration. Pierre de Fleurieu, a 23-year-old fighter aviation hero, provided the solution. Thanks to the financial support of the Marmorosch Blank Bank, the French State and several European countries, he designed and set up the Compagnie franco-roumaine de navigation l'air - the first truly European airline which, in 1922, extended its network. from Paris to Istanbul.
The aircraft manufacturer Henri Potez, who shared Pierre de Fleurieu's ideas on the future of commercial aviation, converted military planes into civilian planes in record time, and former fighter pilots turned into airline pilots; military airports were equipped with terminals and workshops. As early as 1923, CFRNA planes carried passengers, cargo and mail, day and night. The company also played a large role in improving safety with the development of weather forecasts and the use of TSF on board the aircraft.
In 1925, the CFRNA changed its name to CIDNA - International Air Navigation Company. In 1933, the French state united the five major French airlines - Air Union, Air Orient, Farman Lines, Aéropostale and CIDNA - to create Air France. From its inception, the national airline took over the ground infrastructure, and opened its doors to experienced CIDNA staff. It also benefited from the immense prestige of French aeronautics created in the thirteen years of existence of the CFRNA - CIDNA throughout Europe. Although the Company’s work suffered during World War II and then, following the establishment of the "Iron Curtain", its beneficial influence on the development of European aviation is undeniable.