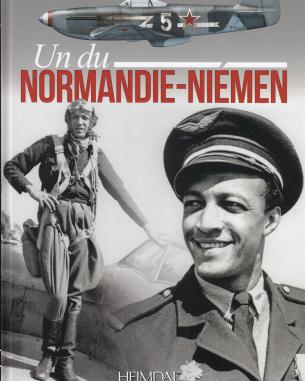 One of the Aces of Normandy-Niemen with sixteen homologous victories, Roger Sauvage published shortly after his return to France the story of his experience in this Franco-Russian hunting unit that became mythical in the history of aviation. Relating the life of the "Neu-Neu" closer to the battles and the daily lives of pilots and mechanics, one of Normandy-Niemen was met with great success right out and was reissued several times thereafter. Now not found, this book as alive as it is instructive is very sought after by aeronautics enthusiasts. Today, Heimdal meets their expectations by proposing a large format book containing the entire original text, enriched with historical lighting to better understand the different parts. But also, thanks to the family of Roger Sauvage, a very large number of photos, much of which are taken by the aviator himself on the Russian front. Not to mention the caricatures of Pierre Dechanet, cartoonist of the group and friend of Roger Sauvage. This is the first time that these drawings, telling the daily life of the "Neu-Neu" with details and humor, will be presented in their entirety.