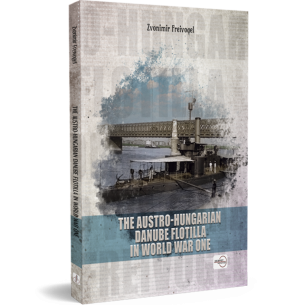 THE AUSTRO-HUNGARIAN DANUBE FLOTILLA IN WORLD WAR ONE

Austria-Hungary was also known as the Danube Monarchy because the Danube River, as an important transport route, connected several lands of the monarchy with each other and with the Black Sea as well. The river served at the same time as a frontier with some less stable neighbors, and during the presence of Turkey on the Balkans, the Austrian Empire had at its disposal a strong Danube flotilla with sail- and rudder-driven warships. In the second half of the 19th century, there began the building of a Imperial and Royal Danube Flotilla equipped with steam-driven warships. During the World War One, Austria-Hungary operated ten monitors on the Danube, together with a score of patrol boats, armed steamers, and auxiliary warships. The history and fates of all these vessels are given here, together with the history of their development, with technical data and numerous illustrations, supplemented by an extensive list of sources and literature, to enable the search for further details.