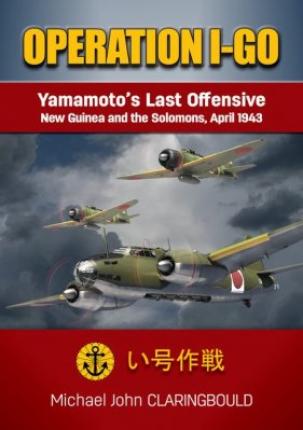 In early 1943 Japanese forces in the South Pacific had suffered three key strategic setbacks at Guadalcanal, Kokoda and the Battle of the Bismarck Sea. However Japanese strength in the theatre was far from spent, and the commander of the IJN Combined Fleet Admiral Yamamoto sensed an opportunity.

By temporarily bolstering his air force at Rabaul with carrier-based airpower, Yamamoto assembled a strike force of hundreds of aircraft. With these he planned to overwhelm Allied defences in a multi-day blitz against four crucial locations. Named Operation I-Go, it would be the largest IJN air operation ever launched in the region.
The odds favoured the plan, but by 1943 I-Go was a huge gamble. Would it strike a body blow and give the Allies reason to pause their advance? Or would it cause irrecoverable wastage of IJN offensive air power?
The results of I-Go were surprising, although it only achieved a fraction of what the Japanese claimed. The greatest irony was that it led to the death of its architect, Yamamoto.
This is the first detailed account of I-Go written with reference to both Japanese and Allied sources, and it surely sets a new historical benchmark for this key chapter of the Pacific War.