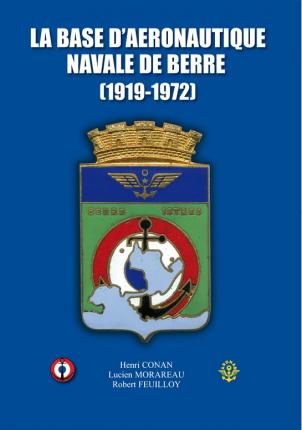 The naval aeronautical base of Berre was one of the most important of the inter-war period.
Many fleets, squadrons, schools, various sections succeeded each other between 1919 and 1942.
From March 1919, the first students are in training. From 1919 to the end of 1925, Berre only houses the flying school and bears the title of "Center Maritime Aviation School".
In 1925, the EMGM decided to set up operational units in Berre. In parallel, it was decided to transfer the flying school to Hourtin.
The first operational unit that moved to Berre, meanwhile "Marine Aviation Center", is the 5R1 squadron transferred from Fréjus - Saint-Raphaël in August 1926. It is followed by the 7B1. April 1928 sees the arrival of the squadron 3B1 and the rearming of the squadron 3B2. In January 1932 the 3E2 Exploration Squadron was created and, a year later, the first seaplane unit of
torpedoing of Maritime Aviation, the 4T1.
In February 1936, Squadron E4, the first formation with long-range seaplanes, was created.
The year 1937 will see the rearming of the squadron 1B1 and the creation of the "Course of application to the sea". The CAM becomes the Naval Air Base (BAN). The following year sees the brief passage of the squadron E6 and its large seaplanes hexamoteurs Latécoère 523.
The declaration of war of September 1939 will bring a great upheaval on the base. Some of the operational squadrons are assigned to other theaters of operations and new ones will see the light of day. In June 1940, Berre was the meeting point for a large number of Naval Aviation formations trying to reach North Africa.
The armistice agreements provide for the maintenance of a certain number of naval aviation formations and Berre goes, for a time, to find his seaplanes.
In November 1942, following the Anglo-American landings in North Africa, German troops invaded the southern zone. The Berre Berre is invested without a fight on 27 November.
The formations present in Berre are dissolved at the end of the month, the BAN, very damaged on August 20, 1944, by the destructions provoked by the German troops, will be reactivated after the Liberation, but it should never again shelter formations of seaplanes .
Some Sunderland seaplanes will land well again on the Vaïne pond but it will only be a conveyance before storage.