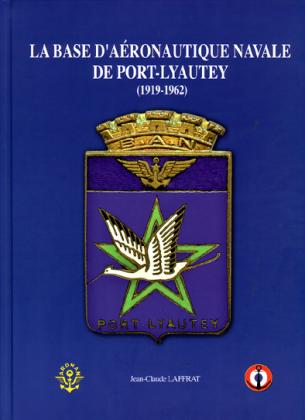 At the beginning of the Great War, when the development of the large-scale seaplanes was in its infancy, the Navy, wishing to establish stopovers, decided to create additional Maritime Aircraft Centers. In Morocco in 1919, a summary CAM was built along the Atlantic coast on the left bank of Oued Sebou near the village of Kenitra. In 1920, after an ephemeral existence only marked by two seaplane raids, the Kenitra CAM is disarmed. Throughout the 1920s long-distance flights to West Africa prelude the first crossings of the South Atlantic. On these roads, the water of the Sebou, despite its summary infrastructure, will constitute a preferred stopover for the reception of the seaplanes and the large seaplanes of raids. In the early 1930s, when the town of Kenitra took the name of Port-Lyautey, the installation of a permanent base was again envisaged by the Navy. Land was acquired and new land and sea constructions were launched, and in 1939 the Port-Lyautey BAN was created. The outbreak of the Second World War will profoundly upset the existence of the new base. In 1940, still just operational, it will accommodate the seaplanes of the folded formations of metropolis and new formations based on land. From 1941 to 1942, it experienced a period of reduced activity imposed by armistice conditions. Selected by the Allies as an objective of conquest during the disembarkation of November 1942, it was the seat of tragic fights between the aviator sailors, who remained loyal to the Vichy government, to the United States naval forces; And after being conquered, it passes under American control. Beginning in 1943, it became the main platform for US Navy operations against German submarines until the 1945 victory. Restored in part to Naval Aeronautics, it was reborn in 1948 as a BPAN A context of unusual cohabitation with the Americans who retain much of the means and facilities. In 1960, four years after the independence of Morocco, it briefly became a hunting school base, and even more briefly a multi-engine pilot training school. It was handed over to the Moroccan Royal Forces in 1962, twenty-three years after its creation.