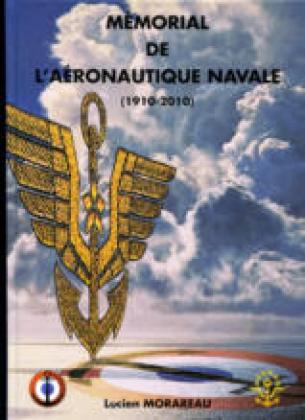 The Naval Aviation is one hundred years! It was in 1910 that the Navy received its first flying machine. It was still only a fragile blend of wood and canvas whose only common point with the current Rafale, Super Etendard, Atlantic and helicopters, was that he flew! During this century, thousands of sailors from all grades and all specialties have implemented flying machines and thousands of them, alas, have lost their lives this passion for things in the air. During World War tens, then hundreds of seaplanes combed coastal areas in order to find and attack enemy submarines. Many were the crews who, during these missions thankless but important protective approaches to major ports, disappeared without trace and without burial. After the war, the study and adoption of new techniques and procedures and other factors, made that other sailors fell into the sea Aviation Service during the years of peace. The Second World War and had taken its still new victims fell, alas too often, during fighting against the Allies of yesterday ... Came to Indochina and the Middle East and Algeria, and other conflicts, unfortunately, the daily flight activity. There are twenty-five, two monuments dedicated to the memory of all those sailors killed in the air, were erected, one on the hill Costebelle, near Hyères and the other at Cap de la Chevre, in Crozon in Britain. The construction of these monuments, on which are inscribed the names of the missing, was necessary but they have the characteristic of being immobile ... and, finally, known only "insiders", mostly families and comrades of those whose names therein. The ARDHAN which since its inception, has aimed to be the memory of Naval Aviation, had to make known any other way, more practical perhaps, the names of sailors of all ranks and all specialties, since 1911, flying or on board their aircraft, gave their lives for France.