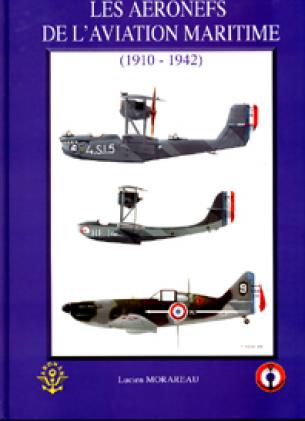 Reissue of this great work that had been quickly exhausted. You will discover all aircraft operated by the Maritime Aviation, since its inception in 1910 until 1942. Each type of device is presented with a text, one or more photos and a map. Color profiles in the center of the book. Not to be missed! Between 1910, when it acquired its first airplane to the present day, the French Naval Aviation has implemented approximately 11,000 aircraft of more than 350 different types, airplanes, seaplanes, gyroplanes, helicopters and even gliders , all used by sailors. To date, the full list of these devices has never been precisely established and ARDHAN had to try to fill that void. The task was not easy as the official archives of the Navy has suffered the effects of World War II and had to look elsewhere for the necessary information whose sources were multiple, but the main contribution came from the personal archive collected from thousands of former seafarers of maritime aviation. This search for specific information has also led to compulsive publications of the period to try to find features and performance of the devices described in this book. Some of the aircraft described in this volume stole a few months or even weeks, in the hands of French sailors, while others were used for over a decade. Yet the tiny Besson MB.35 built as aboard the submarine Surcouf to the imposing Latécoère 611 Achernar air can hold more than two hours, all have their place in the rich history of the French Maritime Aviation.