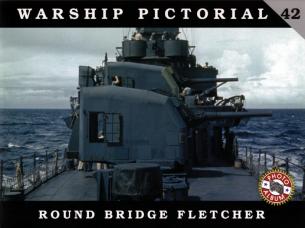 In 1941, the US Navy began building a fleet of large destroyers, its first design to rival the Japanese “special type” destroyers that had first entered service more than a decade before. These "2,100-toners" became the most successful of all American destroyers, fast, roomy, capable of absorbing enormous punishment, and a flush deck design. This book covers the 58 units of the total of 175 built in the class, known as the "Round Bridge" design.  Overall, aerial and many detail images, all period photography, highlight these valiant warships that carried the US Navy through the Second World War in the Pacific.  Contained within the 72 pages and covers are 4 color photos and 122 B & W photos, most never before in print.  This book is a "must have" for any interested in the visual history of this warship type and in US Navy destroyers of the World War Two era.