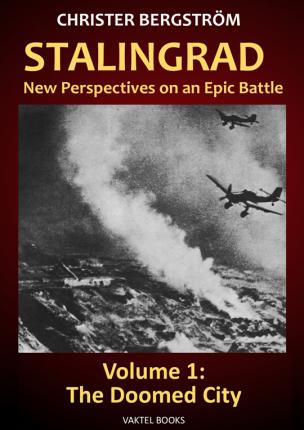 For this reason, much of the history writing about Stalingrad is largely incorrect. In the Western world, German officers came to dominate the story about the war on the Eastern Front during World War II, and as a result, historical facts have been deliberately distorted, and much has been swept under the carpet. In order to find the real story, it is necessary to go to the primary sources – on both sides! Christer Bergström has done this, and he has also interviewed a large number of the veterans who participated in the battle.

* Why was Stalingrad so important?
* The unknown German defeat in the first battle of Stalingrad.
* How Finland (!) negatively affected the battle of Stalingrad for the Germans.
* How the Red Army learned and developed new operational skills.
* The Luftwaffe’s largest and never before discussed mistake in 1942.
* Soviet ”death soldiers.”

In addition, many myths are dismantled and the truth revealed, for example:

In general, this is a thorough reassessment and analysis of much of what is said to be the German ”mistakes” during this campaign.