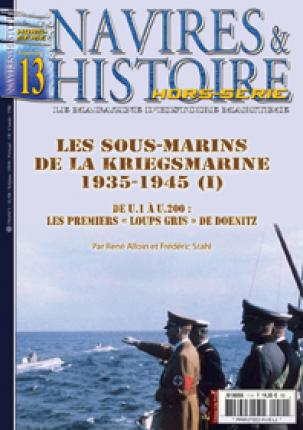 From the U.1 to U.200 : The first "Grey Wolves" of Doenitz. This first special issue dedicated to U-boats of the Kriegsmarine traces the rebirth of the Ubootwaffe between the two world wars and covers the German units numbered from U.1 to U.200 into the form of individual records. It is illustrated with numerous photographs and color profiles. It forms the first volume of a series which will eventually cover all the German submarines in World War II (from U.1 to U.4712, + the submarines of foreign origin, "Hecht" The "Seehund" and piloted torpedoes and pocket submarines of the K-Verband) and thus form a reference tool in French on the Unterseekriegsmarine. (Volume 2 will go from U .201 to U .524, Volume 3 from U .525 to U .1080 ...).