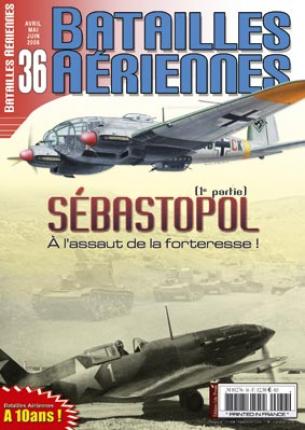 Sébastopol [Part 1]. Out of print

EDITORIAL We have previously published in the No. 33 Air Battles, the story of fighting which took place in the Crimean peninsula in 1941. Miroslav Morozov, historian serving with the Russian Navy, we propose in this issue after these events, that is to say, the early seat of the great naval base of Sevastopol. For the first time, the dogfights are described in detail, the author has had access to Soviet archives. As seen from reading this story, the Air Force presence was not significant, however, the fighting was daily and relentless. The reader can appreciate the impressive work done by the author is able to reconstruct the course of air operations from day to day. The help of our friend Jean-Louis Roba for the German side has also been crucial. One of the problems encountered in this issue was the crippling lack of photos. The selection was rigorous and difficult, both on the Russian side that the German side. Why? On the Russian side, it is evident that the rapid retreat, permanent censorship and certainly the lack of equipment have little easier to take photographs. For Germans, the small number of units and the fact that this was a secondary front, are certainly two good reasons for this scarcity of documents. This issue will be followed by the second part, devoted to the fall of Sevastopol. Happy reading! Regular readers and subscribers Air Battles not fail to notice that their magazine celebrates its tenth anniversary with the release of this issue. What progress, with the constant efforts to provide the subjects addressed by serious authors who continue their ever-historical research. We know you enjoy these topics and we strive to continue this way ... Michel Ledet.