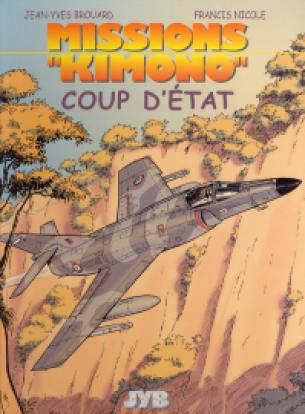 Here is the continuation and the end of the series of adventures of the Super Etendard and of the Clemenceau at BOWANDA (imaginary country of Black Africa). The pilot of Dauphin Naval Aviation, Floriane Wibot, must retrieve French officers held captive by the rebels (see "Black Scorpion"), while the Super Etendard of Jacques-Yves Fleuret and Xavier Mittelberger will participate to the establishment of democratic government and avoid a coup. The "Africa" councillor of the President of the French Republic has been sent to the site and uses the military to achieve the goal that set themselves the authorities. A Falcon 900 aircraft carrying VIPs and a Puma helicopter play an important role in this story full of twists. All these aircraft are solicited, and we see also other aircraft as a Breguet Atlantique and two Mirage F1